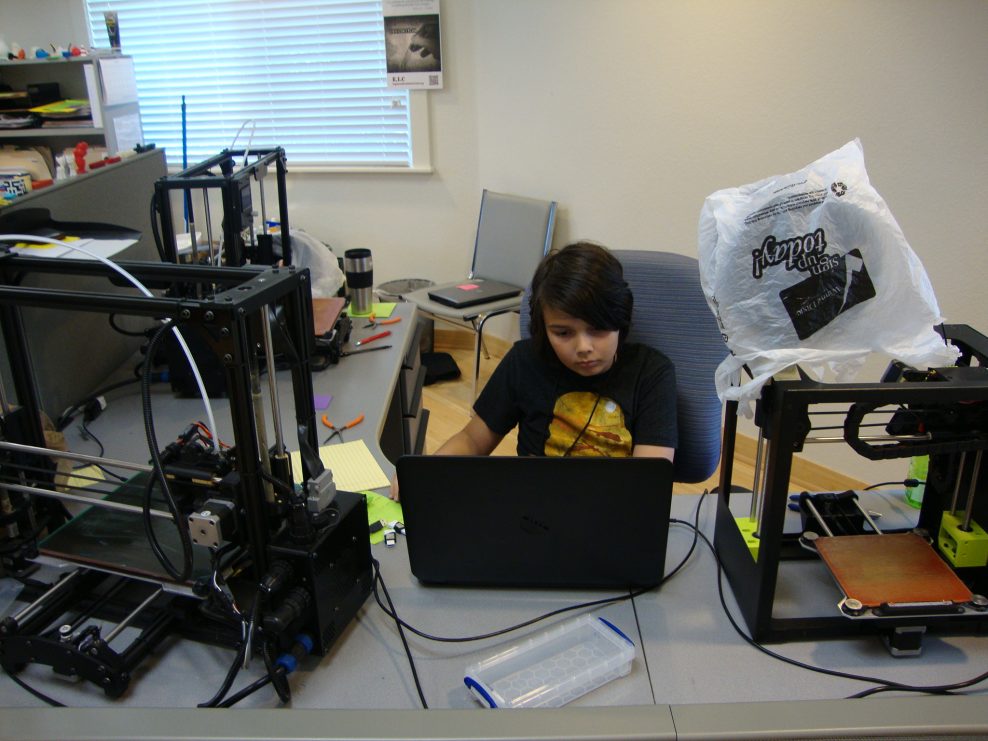 LiteWorld LLC and its non-profit partner,  Englewood Incubation ( Innovation) Center have just completed their 3rd year of doing 3D modeling and 3D printing mini camps for youth 8 to 12 years old and our new Teen camp for 13 to 18 year olds.

Over the 6 weeks in which we operate the 3D camps we have over 60 students attend the camp. The mixture is 40% girls and 60% boys. We use Tinkercad as our 3D modeling software and we have 5 LulzBot TAZ printers and one Prusa i3MK2 as well as an XYZ Laser Resin printer. This year we borrowed two TAZ 5 printers from the l local Boys and Girls club as they do not use them during the Summer months. With this amount of printing power we can print a lot of objects and keep the campers moving on their projects.

The popularity of the camp is such that we now announce the camp dates in March prior to the first camp the first week of June. We have has to turn students away this year as we try to keep the number of campers at 9 maximum for any one week which does not come close to meeting the new demand for the camps. Compared to our first camps 3 years ago, we now see students who have been using 3D modeling in school at the Elementary level and Middle School level on a regular basis. And, we have been responsible for putting 3D Printers in over 30 schools and Libraries over the past 3 years with 10 more schools coming on board this next school year.

3D modeling and printing is now part of what is being called the 4th Industrial Revolution and anyone who is following this technology understands that Additive Manufacturing ( 3D Printing in the commercial world ) is quickly taking over the jobs of the CNC and other reductive manufacturing processes. In addition, it is easier to get students and young adults excited about making something when they can use a 3D printer as opposed to a large processes machine.

We will have our camps again next year and hopefully have some additional 3D Printers for the camps as well as using more sophisticated 3D modeling software like Fusion 360. If you would like us to assist you in putting together a 3D modeling/printing program for your school or organization please contact us at: http://www.liteworldllc.com or http://www.englewoodincubationcenter.org . Or you can call us anytime at; 941-999-8200.